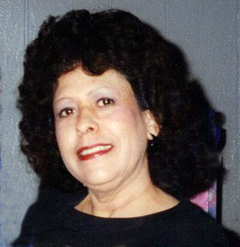 Mrs. Rivera went to be with the Lord on Thursday, June 9, 2016. She was born on August 27, 1949 in Barstow, Texas to Epifanio and Ysabel Ramos. Mrs. Rivera moved to Lubbock at age eighteen from Barstow, Texas. She married Richard Rivera on April 4, 2007 in Abernathy. She was a Catholic; Mrs. Rivera was employed for target for eighteen years. She had a great love and admiration for all of her family especially her grand and great grandchildren.

To order memorial trees or send flowers to the family in memory of Velma Rivera, please visit our flower store.