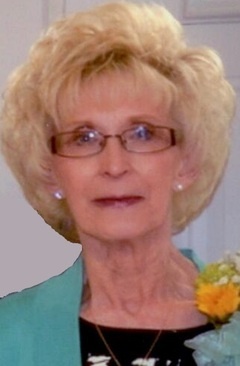 Funeral services for Teletta J. Ehlo 64 of Wolfforth will be on Monday July 4, 2016 at 10:30 AM at Immanuel Lutheran Church of Posey with Alan Ehlo officiating. Burial will be in Englewood Cemetery under the direction of Broadway Funeral Directors. Teletta went to be with the Lord on Friday, July 1, 2016. She was born on April 27, 1952 in Lubbock to the late Joe Bert and Jessie Marie Martin. She married Alton "Butch" Ehlo on February 14, 1972 in Las Vegas, NV, he preceded her in death on April 23, 1999.
Teletta was a 1970 Cooper High School graduate. She attended Texas Tech before joining The US Air Force being based in Bakersfield, California. She was a homemaker after serving our country, she then attended South Plains College graduating in 1983 with a LVN certificate. She worked for Methodist Hospital, SWAT Surgical Associates and retired from nursing after working at Texas Tech Health Sciences Center.
Survivors include her four-legged friend Maggie, a miniature Chihuahua; a son Alan and wife Gale Ehlo of Slaton; a daughter Amy Ehlo of Slaton; brother Joey Martin of Slaton; a sister Rietta Cline of Spring Branch, Texas and a host of other Chihuahuas, nieces and nephews.
Visitation will be today from 6 PM till 7 PM.  The family suggests memorials to Immanuel Lutheran Church of Posey or Slaton Meals on Wheels.
To order memorial trees or send flowers to the family in memory of Teletta Ehlo, please visit our flower store.