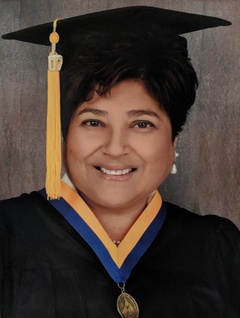 Susie was born April 6, 1954 in Plainview to Raul and Castanella Lozano. She married Joaquin Nava Jr. on September 28, 1970 in Plainview. After receiving her GED, she continued her education and received her Bachelors Degree in Human Services specializing in Criminal Justice and worked as a social worker for Area Hospice for many years. She enjoyed cooking, watching Days of Our Lives. working crossword puzzles, word searches and was a friend to all always giving so much to help others in need.   She was a loving wife, mother, grandmother and she will be missed dearly by all who knew her well.

She is preceded in death by her parents; two sisters, Sarah Montez, Adela Vielma

To order memorial trees or send flowers to the family in memory of Susie Nava, please visit our flower store.