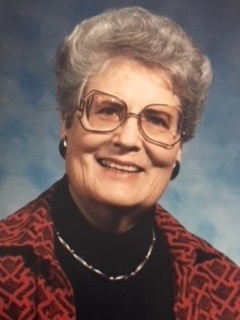 Memorial Services celebrating the life of Sue Lovett, 92 of Lubbock will be Tuesday at 3:00 p.m., in First United Methodist church with Dr. Keith Wiseman officiating.  Private burial will be in the City of Lubbock Cemetery under the direction of Broadway Funeral Directors.

Sue was born August 31, 1925 in Lubbock to John Jason and Martha Sue Tyson.  She graduated from Lubbock High School in 1943. Following graduation she volunteered for the USO from 1943-1944, where she met the love of her life, T.J. Lovett. Following the war, she enrolled at Texas Tech University, and earned her Bachelor of Music Education Degree in 1949. Sue embarked on what would be a life-long career, educating students and teaching a love and appreciation for music. In the Summer of 1950, T.J. and Sue were married in First United Methodist in Lubbock.  Sue earned a Masters Degree in Music Education from Texas Tech in 1953.   She taught music education at LISD from 1949-1958, serving as the Coordinator for Elementary Music from 1954-1958.  She taught part-time at Texas Tech University from 1960-1961; and returned to LISD in 1965, teaching until her retirement in 1990.  Sue was involved in the Lubbock Music Club, the Allegro Club, and Delta Kappa Gamma for a number of years. She held several offices in those organizations throughout the years.  She sang in the Chancel Choir  of First United Methodist Church for more than fifty years.

She was preceded in death by her sisters, Sarah Sullivan and Electra Tyson; and brothers, Jess Pearce, Joe Tyson and Paul Tyson.

Sue's life was filled by her deep faith, love of family, and the joy of teaching.  In lieu of flowers, the family suggests memorial donations be made to the Music Department of First United Methodist Church, 1411 Broadway, Lubbock, Texas 79401

To order memorial trees or send flowers to the family in memory of Sue Lovett, please visit our flower store.