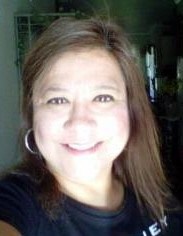 Sophia M. Rodriguez, 53 was born on February 7, 1967 to Paul & Josie Rodriguez in Lubbock.  She worked for Wells Fargo Bank for numerous years. She enjoyed listening to rock n roll music and attending concerts. Sophia also, had a special place in her heart for dogs and loved to spend time with her cat Emma.

To order memorial trees or send flowers to the family in memory of Sophia Rodriguez, please visit our flower store.