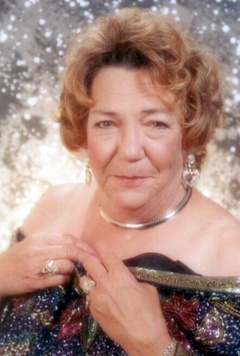 Saunda was born November 30, 1940 to Horace and Bertie Witt. Mrs. Morgan went on to marry Tex “Pecos” Morgan on June 21, 1960 in Gillard Texas. Saunda was a friend to all who knew her. Her friendships were unending she has special friends that have even been around since grade school. She was the confidant of many. Her grandkids say they could talk to her about anything without judgement. Saunda; “Mammie, or Grandma,” loved her grandkids and great grandkids with all of her heart.  She talked about every achievement and milestone to anyone that would listen. She had a giving heart. If she saw someone with a need, she did what she could to help. Saunda worked many jobs in her working career from cutting stained glass for the windows at the old Red Raider Inn; classing cotton at Plains Cotton Coop, to owning a house and office.
She is preceded in death by her husband; her parents; a son Pecos Morgan, Jr.; two sisters Nell Chance and Bee Bee Morgan; and a brother Bill Glenn.
Those left to cherish her memory are her son Micheal (Brenda) Morgan of Lubbock; a daughter Jenny Morgan of Lubbock; and a brother San Bingham of Lubbock; seven grandchildren and six great grandchildren.
To order memorial trees or send flowers to the family in memory of Saunda Morgan, please visit our flower store.