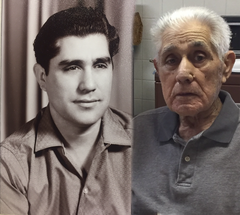 Salvador was born January 1, 1930 in Ralls to Tomas & Candelaria Rivera.  He married Cecilia Bustillo on January 25, 1957 in Amarillo and worked as a welder for most of his life. He played baseball for the Lubbock Colts where they went to State in 1968 finishing in second place. He enjoyed watching the Texas Rangers and spending time with his family and friends.

He is preceded in death by one daughter, Virginia Perez.

To order memorial trees or send flowers to the family in memory of Salvador Rivera, please visit our flower store.