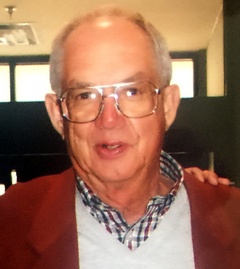 Dr. Ronald D. Gilbert of Lubbock, Texas, passed away on Monday February 29, 2016 after a short illness.  He was born November 17, 1942 in Cloud Chief, OK to John Henry & Isabella Gilbert.  He married Mary Janet Callen on August 25, 1963 in Cooperton, OK and received a PhD in Economics in 1969 from Oklahoma State University.  He taught Economics at Texas Tech University for 37years before retiring, and maintained the title of Professor Emeritus at the time of his passing.  He was a beloved husband of 52 years, father of two, and to his great pride, grandfather to three. He was well respected by students and colleagues alike.

He is preceded in death by his parents, two brothers, Donald Gilbert, Robert Gilbert.

In lieu of flowers, the family has asked donations be made to the Dr. Ronald Gilbert Memorial Scholarship in Economics at https://apps.texastech.edu/onlinegiving/

A memorial service will be held in Dr. Gilbert’s honor 2:00 pm, Monday, March 7, 2016 at The Chapel of Broadway Funeral Directors.

To order memorial trees or send flowers to the family in memory of Ronald Gilbert, Ph.D., please visit our flower store.