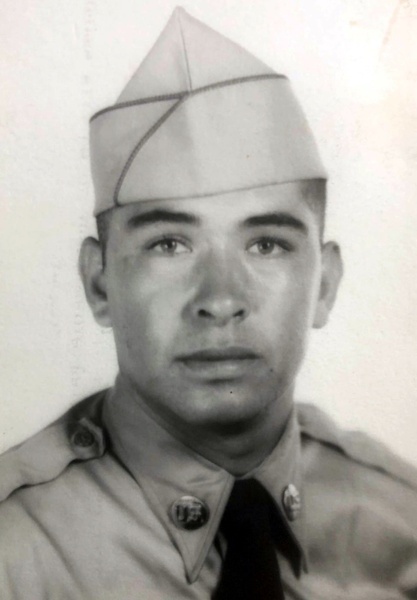 Roberto M. Lugo, Sr., 86 passed away on Sunday, April 5 as a result of contracting COVID-19 coupled with declining health over the last six year.

“Lugo” to all of his friends was born December 14, 1933 in Ballinger, TX to Adolfo and Angela Lugo, the second child and oldest brother of eight.  Lugo graduated from Ballinger High School in 1952 and was immediately drafted into the army to serve in Germany during the Korean War. He returned to attend Texas Tech University, majoring in business. While in school, he met and married his former wife Mary Lafuente Lugo in 1956, beginning a family and launching a long career as a salesperson and small businessman. Lugo began his career as an insurance salesperson for Metropolitan Life. In 1974, he and Mary acquired Lugo’s Restaurant, serving customers with family style Mexican food for over 12 years. He also owned and operated Lugo’s Bail Bonds.

Lugo true passion was networking with and serving the Lubbock Hispanic community. He served as a life member of LULAC chapter 263, Board of Directors of LEARN Inc., charter member of the Pan American Golf Association, member and leader in the COMA (the Mexican-American Chamber of Commerce) and was the first Hispanic to serve on the Texas Tech Health Sciences Center Board of Directors. In addition, Lugo worked vigilantly to elect first-time local Hispanic political candidates for school board and state offices.

Lugo’s finest legacy is his family. He is survived by his four children: Rolando Lugo of San Antonio, Robert “Bobby” Lugo, Jr. of Lubbock, Cynthia Lugo Kosanda and her husband George Kosanda of Huntsville, Alabama and Carolyn Lugo-Allred and her husband Stephen Allred of Charlotte, North Carolina; eleven grandchildren and nine great grandchildren. Lugo was a devoted brother to his surviving siblings Johnny Lugo of San Antonio; Aldelfa Garcia of El Paso, Lorfiria Majalca of Austin, Sylvia Blanco of San Angelo and Gloria Espinoza of Waco. He is preceded in death by his parents, brother, Ray Lugo and sister Nicolasa Mirano. Lugo will also be remembered by his partner, Vera Araguz of Austin.

The family wishes to thank the front-line health care professionals at Covenant Health System, the Covenant social workers and Hospice of Lubbock who compassionately and tirelessly cared for Mr. Lugo and walked alongside the family throughout his illness. They are true heroes.

Due to the public health crisis, a small private graveside services for Mr. Lugo will be held 11:00 am Wednesday, April 8, 2020 in Evergreen Cemetery in Ballinger, Texas with Father Mulakaleti officiating. Burial will be in the same cemetery under the direction of Calvillo Funeral Home. A family celebration will be held at a later date this summer.

To order memorial trees or send flowers to the family in memory of Roberto Lugo, please visit our flower store.