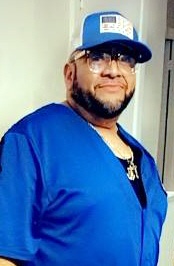 Robert Lee Flores “Big Rob” ,48, was born August 4, 1973, in Levelland to Raul Reyna Flores & Maria L. Cortez. Always busy, Robert worked as a food prep in the restaurant business, a barber and also received his HVAC license. In his spare time, he enjoyed dancing, working out and being a grandfather. He was a great motivational speaker, and his family will always remember how “Big Rob” was always there when anyone needed him. He will be greatly missed by all who knew and loved him.

To order memorial trees or send flowers to the family in memory of Robert Flores "Big Rob", please visit our flower store.