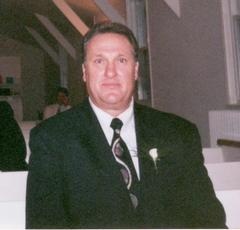 Robert “Bobbie” Earl Covington passed away at 68 years of age on February 4, 2016. He was born on January 28, 1948 in Beaumont, Texas to Ruby Mae Butler Covington and Marlin “Jack” Covington. He was confirmed at Bethlehem Lutheran Church in Beaumont. He attended Silsbee High School where he was on the football team, graduated from French High School in Beaumont, and graduated from Lamar State College of Technology in electrical instrumentation. Early in his career, he worked on oil geological exploration in Canada and in West Texas. Later, he started his own flooring company and served the builder communities in Beaumont and in Dallas/Fort Worth area of Texas. He was a motor sports enthusiast, especially enjoying drag racing Corvettes and he became a "Fastest Vette in Texas" Champion in the early 2000's. He is preceded in death by his parents, his two sisters, Jeannie Covington Reinhart and Linda Covington Robin. He is survived by his son Rob Covington, of Dallas, his daughter Kimberly Covington Motley of Chattanooga, TN, his daughter Caryn Covington Hardy of South Jordan, Utah, a sister, Chandice Covington of Oak Park, IL, two grandchildren, and eight nieces and nephews. A memorial service will be held later this year near Hemphill, Texas.

To order memorial trees or send flowers to the family in memory of Robert Covington, please visit our flower store.

No services to be held