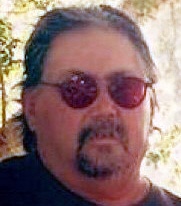 Mr. Martinez passed away Wednesday, September 21, 2016 in Lubbock. He was born January 9, 1952 in Yorktown to the late Jose Maria and Soyla Martinez. He married Isabel Longoria on August 13, 2016 in Lubbock and worked as a custodian for many years. He enjoyed having cookouts, fishing and listening to music; in particular the classic heavy metal and the jalapeno mix on the radio. Cheering on the Dallas Cowboys and watching western movies were also some of his favorite past times. His greatest passion however, was being surrounded by his friends and family.

To order memorial trees or send flowers to the family in memory of Richard Martinez Sr., please visit our flower store.