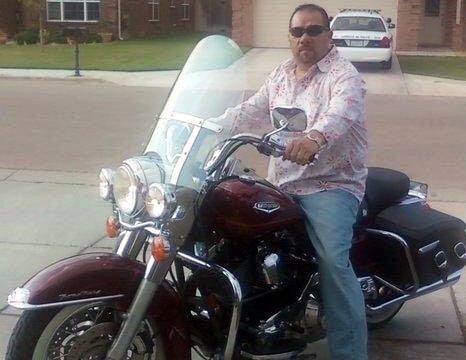 On Wednesday, October 28, 2020, Daniel Davila, went to be with His Lord and Savior, Jesus Christ.

Pastor Danny, as everyone knew him by, was born October 25, 1964, to his parents Cosme and Matilda Davila.

Pastor Danny married Lorie Scott Idom on May 14, 1983. He was married to Lorie for 37 years. He had a son, Brandon Davila, and a daughter, Brandi Martinez.  Pastor Danny had a daughter-in-law, Dana Davila. He also had four grandchildren, Nate, Nataly, Viviana, and Daniel.

Pastor Danny was an evangelist for a few years prior to being called to be a pastor. He was a pastor for over 28 years. His passion for sharing the Word of God has had a tremendous effect on many, many people. And his words of hope, encouragement, and salvation through Jesus Christ, will live on in the hearts of many, for generations to come.

Pastor Danny has finished the race. He fought the battle and has now achieved what he worked for his entire life. He is now in presence of Almighty God, for all eternity.

To order memorial trees or send flowers to the family in memory of Rev. Danny Davila, please visit our flower store.