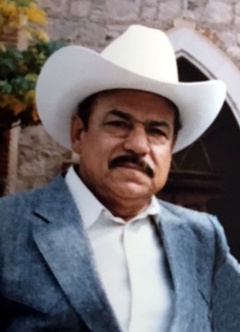 Raul G. Galaviz, 70 passed away Tuesday, March 28, 2017 at his residence.   Services for Mr. Galaviz will be 10:00 am Saturday, April 1, 2017 at Our Lady of Grace Catholic Church with Father Jim McCartney officiating.  Burial will follow at Peaceful Gardens Memorial Park under the direction of Broadway Funeral Directors.

Raul was born July 1, 1946 in Santa Maria. Durango, Mexico to Juan & Felicitas Galaviz.  He married Ramona Hernandez on May 24, 1996 in Lubbock.  He worked as a welder before becoming a plumber with a combined experience of nearly 60 years.  He loved to sing, dance and always set a good example by helping others and spending time with family and friends.

To order memorial trees or send flowers to the family in memory of Raul Galaviz, please visit our flower store.