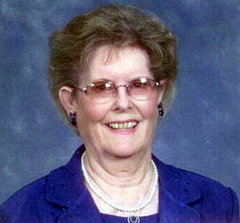 Peggy Price Austin, 80 passed away Wednesday, April 29, 2015 at her residence.  Services for Ms. Austin will be 10:00 am Tuesday, May 5, 2015 at Bethany Baptist Church with Pastor Aaron Denson officiating. Burial will follow at Resthaven Cemetery under the direction of Broadway Funeral Directors. Family will receive friends at Broadway Funeral Directors from 6:00 pm to 8:00 pm Monday, May 4, 2015.

Peggy was born February 18, 1935 in Lubbock County to Preston and Lela Price. She graduated from Roosevelt High School in 1953 and worked for Traveler ’ s Insurance for twenty six years. After retiring from Traveler ’ s, Peggy worked part time as a secretary for Temple Baptist.  She also enjoyed working in her yard and spending time with her family and great granddaughter.

To order memorial trees or send flowers to the family in memory of Peggy Austin, please visit our flower store.