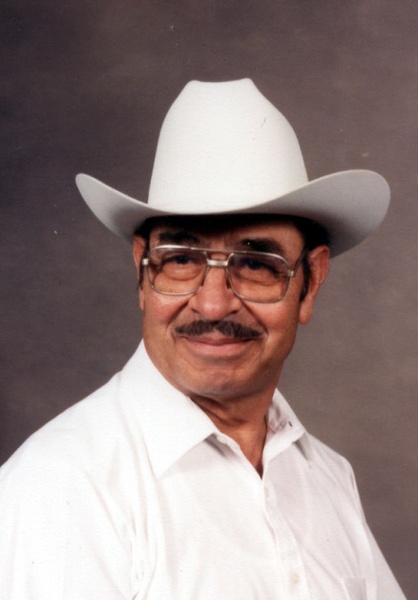 Pedro Moreno Sr, 92, passed away Wednesday, October 16, 2019 in Lubbock.  Services for Mr. Moreno will be 10:00 am Monday, October 21, 2019 at Our Lady of Guadalupe Catholic Church with Father Martin Pina officiating. Burial will follow in Peaceful Gardens Memorial Park under the direction of Broadway Funeral Directors.  A rosary for Mr. Moreno will be 6:00 pm Sunday, October 20, 2019 in The Chapel of Broadway Funeral Directors with visitation starting at 1:00 pm.

Pedro was born October 20,1926 in Kerrville, Texas to Felipe & Elena Moreno.  He proudly served in the United States Navy during WWII and was honorably discharged as a Seaman Second Class in 1946.  He married Inez Berlanga on April 5, 1948 in Littlefield and they were married for 61 years until her passing on September 11, 2009.  He was a lifelong member of Our Lady of Guadalupe, serving in the Cursillistas and was a member for many years with LULAC.  Pedro worked for Gifford Hill for over thirty years and after their closing went on to work for Flemming Food Distribution until his retirement in 1991.   He enjoyed playing pool, doing yardwork and  playing baseball along with watching the New York Yankees. Above all, he loved spending time with his friends,family and grandchildren and will truly be missed by all who knew and loved him.

To order memorial trees or send flowers to the family in memory of Pedro Moreno Sr, please visit our flower store.