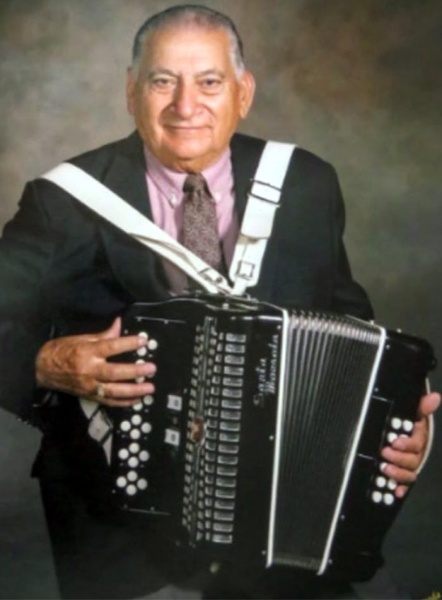 Pedro “Pete” Morales was born January 18, 1934, in Bigfoot, TX to Ignacio & Felipa Morales.  He married Juanita Ortiz on October 27, 1954, in O’Donnell and worked there as a farmer for many years.  He began selling insurance in 1982 and worked at Eagle Pitcher from 1984 to 1998 when he retired.  Pete spent the latter years of his life playing the accordion with his band, “Pete Morales y su Conjunto” and fixing accordions for many people like Michael Salgado, Hometown Boys, Adolfo Urias and many more.  His music inspired and brought joy to so many that he was officially inducted into the Buddy Holly Terrace Hall of Fame in 2002. Still, apart from his career and music there was one thing that Pete loved more than anything and that was spending time with his family and the legacy of grandchildren that he leaves behind.

To order memorial trees or send flowers to the family in memory of Pedro Morales, please visit our flower store.