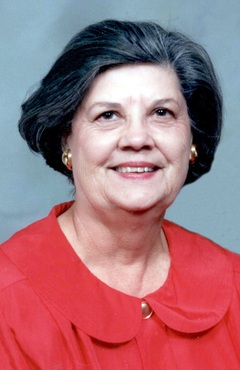 Norma grew up in Hamilton, Texas, where she was a majorette for her high school.  At age 16, she began attending Texas Tech University.  While at Tech, Norma pledged Ko-Shari sorority (later affiliated with Pi Beta Phi) and was a Tech Beauty.  It was there at Tech that she met her future husband, Al Couch.

Norma and Al were married on September 22, 1946, and they celebrated fifty-five years of marriage together.  They had two children, Mark and Mary.

In addition to her family, Norma was passionate about cooking, bridge, swimming, and socializing with friends.  She and Al were also avid supporters of Texas Tech athletics.  And they loved spending time at their mountain cabin in Tres Ritos, New Mexico.

Although Norma never worked outside the home, she regularly volunteered at Sick Children’s Clinic and Meals-on-Wheels.  She was also an active member in Westminster Presbyterian Church.

The family wishes to extend a heartfelt thank you to all the caregivers and medical staff—especially Sharon, Angie and Maria—who worked so hard to help Norma.

A celebration of life service will be held at 11:30 am, Saturday, May 23 at Carillon’s Neil Chapel.  In lieu of flowers, the family suggests memorials to Lubbock Meals On Wheels.

To order memorial trees or send flowers to the family in memory of Norma Couch, please visit our flower store.