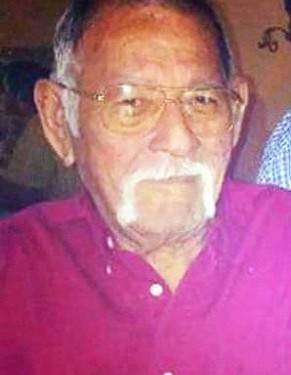 Natividad Mora Rodriguez Sr. was born September 8, 1932 in Laferia, TX to the late Anastacio & Francisca Rodriguez.  He married Maria Medina on October 21, 1950 in Lubbock. He was a catholic, enjoyed having cookouts and gardening vegetables. His greatest joy in life, however, was spending time with his family.

He is preceded in death by his sons Jose Luis Rodriguez, Manuel Rodriguez and Carlos Rodriguez.

Services for Mr. Rodriguez will be 10:00 Thursday, March 12, 2020 at St. Phillip Benizi Catholic Church with Father Ernesto Lopez officiating. Burial will follow in Peaceful Gardens Memorial Park under the direction of Broadway Funeral Directors.  Visitation will start 2:00 pm-7:00pm Tuesday, March 10, 2020 at Broadway Funeral Directors. A rosary will be held at 7:00 pm, Wednesday, March 11, 2020 with viewing beginning at 9:00 am-9:00pm that same day.

To order memorial trees or send flowers to the family in memory of Natividad Rodriguez Sr., please visit our flower store.