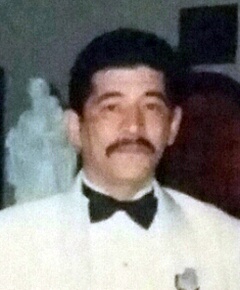 Michael T. Garcia, 50 passed away Saturday, April 18, 2015 at his residence.  Services for Michael will be 2:00 pm Tuesday, at Vandelia Church of Christ with Chris White officiating.  Burial will follow at Peaceful Gardens under the direction of Broadway Funeral Directors.  Family will celebrate the life of Michael through prayer 7:00 pm Monday, April 20, 2015 at Broadway Funeral Directors.

Michael was born June 7, 1964 in Lubbock to Manuel and Amparo Garcia. He worked as a concrete layer for most of his life and was a true Dallas Cowboys fan.  He enjoyed fishing, gardening and spending time with his family who he loved very dearly.

He is survived by two sons, Bryan Garcia, Michael Garcia Jr. both of Austin; two daughters, Kimberly Ann Trigo og Austin, Jami Cavazos of Lubbock; three brothers, Reymundo Delgado, Elias Flores, Eddie Garcia all of Lubbock; four sisters, Irma Delgado, Daena Salinas, Eva Garcia, Trini Chavez all of Lubbock; seven grandchildren. Also, the family would like to give a special thank to Carlos Mendoza for all of the love and care he gave to Michael.

One Honorary Pall Bearer will be Carlos Mendoza

To order memorial trees or send flowers to the family in memory of Michael Garcia, please visit our flower store.