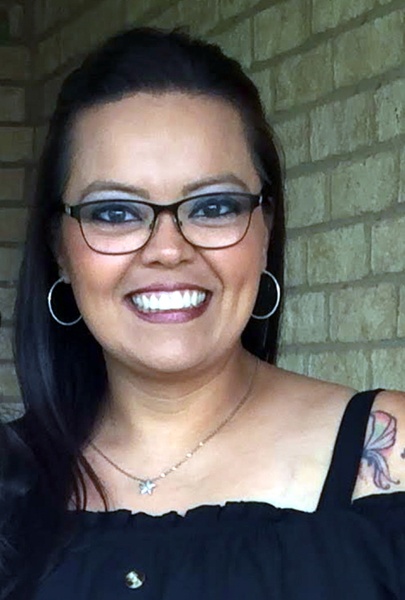 Melissa Ann Torres, 40 was born January 30, 1981, in Lubbock to Alfredo Ortiz Torres and Maria Elena Trevino.  She graduated from Slaton High School in 1999 and continued with her studies to become a Licensed Vocational Nurse.  Apart from nursing, which she enjoyed greatly; Melissa stayed active as she enjoyed fishing, crafting, dancing, singing, playing pool, and exercising which include walking and running when able. She also enjoyed playing bingo and was an amateur photographer who took beautiful photos.  More than anything, Melissa loved spending time with her family and children.

In the late evening of December 7, 2021, Melissa Ann Torres was taken from this earth much earlier than anyone could expect. Those left to cherish her memory are her children, Allyson Valadez, Audrey Valadez and Adam Valadez all of Lubbock; her ex-husband, Joseph Valadez of Slaton; her mother, Maria Elena Torres; her sisters, Eva Alcorta, Janet Casillas, Eloisa & Tino Riojas, Erma Torres, Melanie & Ernest Cisneros all of Slaton, Norma Torres and husband Brian, Jessica & Abraham Islas, Melinda Torres, Margaret Torres and her husband Raymond Ortiz all of Lubbock; her brothers, Fred & Sally Torres of Nashville, Arthur Torres of Slaton, Michael & Zulema Torres of Memphis, Christopher Torres of Lubbock.

She is preceded in death by her father, Alfredo Ortiz Torres; her brothers, Roman Torres, Patrick Torres.

To order memorial trees or send flowers to the family in memory of Melissa Torres, please visit our flower store.