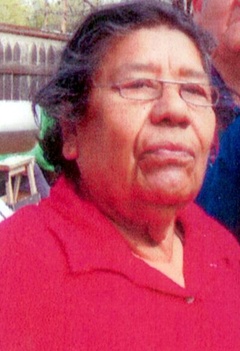 Rosary for Matilde S. Herrera 81 of Lubbock will be today May 10, 2016 at The Broadway Funeral Chapel. Graveside services will be on Wednesday at 10:30 AM at Peaceful Gardens Memorial Park under the direction of The Broadway funeral Directors.

Mrs. Herrera went to be with the Lord on Monday , May 9, 2016. She was born on March 14, 1935 in Asherton, Texas to the late Tereso and Maria Sifuentez. She married Alfredo Herrera on March 7, 1953 in Asherton. She was a homemaker. Matilde was a Catholic, she loved to read her bible. She loved to cook for her children and grandchildren. She loved to pass her time watching western movies. She always gave advice to her children and grandchildren. She always had time for her family.

To order memorial trees or send flowers to the family in memory of Matilde Herrera, please visit our flower store.