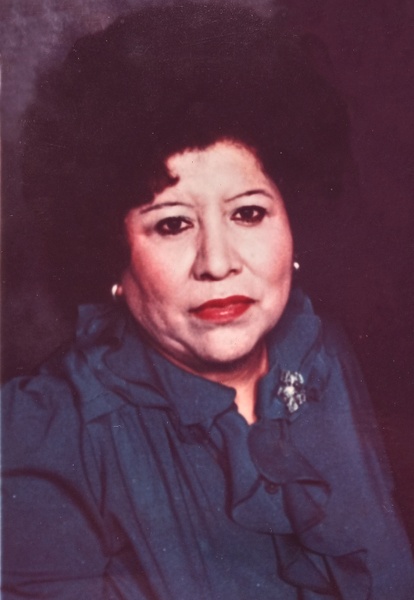 Mary “Lilly” Villarreal, 83, was born June 6, 1939, in Bayside, TX to Juan & Juanita De Los Santos. She married Benjamin Villarreal on October 12, 1963, only a week after they met at Lindsey’s Movie Theatre in downtown Lubbock. She worked as a bookkeeper for many of her own businesses which included several nightclubs that her and her husband managed and owned from 1977 to 1989.  Nightclubs such as Padrinos Night Club, Casa Blanca and Crystals helped pave the way for many local and well-known Tejano bands.  Their promotion of such bands in their clubs helped shape the evolution of Tejano music to what it is known today. Lilly was also a devout catholic who enjoyed sewing, cooking, going to bingo and watching the Texas Rangers; but more than anything, she loved spending time with her family and grandchildren.

Services for Mrs. Villarreal will be 10:00 am Saturday, June 25, 2022, at St. Patrick Catholic Church with Father Joseph Thanavelil officiating. Burial will follow in Englewood Cemetery under the direction of Broadway Funeral Directors. A rosary will be held 7:00 Pm Friday, June 24, 2022 in The Chapel of Broadway Funeral Directors with visitation starting at 11:30 am.

To order memorial trees or send flowers to the family in memory of Mary Villarreal, please visit our flower store.