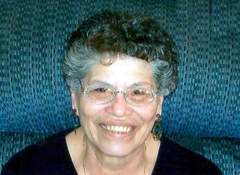 Rosary for Mary Linda Muniz, 73 of Lubbock will be Tuesday, September 12, 2017; at 7 PM in The Broadway Funeral Directors Chapel. A Funeral mass will be celebrated on Wednesday, September 13, 2017 at 10 AM at Our Lady of Grace Catholic Church with Father Jose De Dios officiating. Burial will be in The City of Lubbock Cemetery under the direction of The Broadway Funeral Directors. Mary Linda went to be with Lord on Friday, September 8, 2017. She was born on October 13, 1943 in Granger,Texas to the late Juan Sr and Braulia Avila. Mary Linda graduated from Lubbock High School in 1963. She was in retail management for many years, she had worked for Spencer Gifts. Mary Linda loved to garden, she enjoyed music, playing bingo, and dancing. She is preceded in death by a sister Alma Guerreo. Survivors include two sons Marty and Barbara Muniz of Lubbock, Moses Muniz of Lubbock, two daughters Sonia and Jesse Rocha of Lubbock, Teena Samudia of Lubbock, three brothers John Avila II of Chilton,Texas, Albert Avila of El Paso, Ernest Avila of Las Vegas, Nevada two sisters Diamantina Madrid of El Paso and Alice Huerta of Kingsville, Texas, nine grandchildren and six great grandchildren.

To order memorial trees or send flowers to the family in memory of Mary Muniz, please visit our flower store.