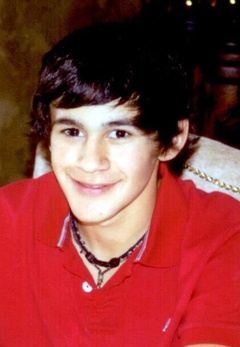 Mark Anthony Ysasaga, a young man who’s described as a jokester and a ladies man having a smile that could go on forever, left this earth much sooner than ever expected.  He was born March 28, 1997 in Lubbock to Anna Maria Ysasaga & Michael Cuevas.  He was an amazing brother to all of his siblings and a great friend to all of his friends always willing to lend an ear to those who needed someone to listen to. His strong loving hugs were familiar to all who knew him and their presence could go on forever.  #75 for Smiley Wilson Jr. High football, Mark loved many sports which he excelled in, including track and baseball.  A great pass time for Mark was cruising his golf cart around Buffalo Springs Lake.  He also enjoyed watching Texas Tech, Dallas Cowboys & the Texas Rangers play and had hopes of playing for Coronado High School.  He dreamed that one day he would join the Marines and eventually enter the Lubbock Police Department/ Swat Division. Although his hopes and dreams were cut short, Mark’s memory will forever live on in the hearts of all who knew and loved him.

Funeral Services for Mark will be 2:00 pm, Friday, July 15, 2016 at Trinity Church with Pastor David Savage officiating. Burial will follow immidiately in the City of Lubbock Cemetery under the direction of Broadway Funeral Directors.

To order memorial trees or send flowers to the family in memory of Mark Ysasaga, please visit our flower store.