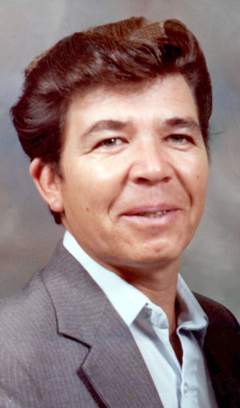 Manuel Lechuga Jr. 70, passed away Friday, June 10, 2015 in Lubbock.  Services for Mr. Lechuga will be 10:00 am Monday, July 13, 2015 at St. Jude Catholic Church with Father Roy Padilles officiating.  Burial will follow in the City of Tahoka Cemetery under the direction of Broadway Funeral Directors. There will be a rosary held 7:00 pm Sunday, July 12, 2015 at Broadway Funeral Directors.

Manuel was born April 9, 1945 in Anson to Manuel & Maria Lechuga Sr. He married the Estella Alvarado on November 20, 1974 in Lubbock and worked as a farmer for most of his life.  He simply enjoyed living life to the fullest, Playing pool and spending time with his family and grandchildren.

To order memorial trees or send flowers to the family in memory of Manuel Lechuga Jr., please visit our flower store.