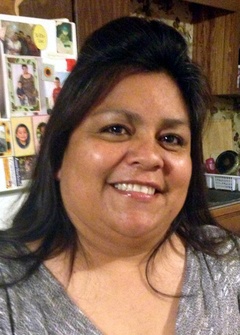 A prayer service will be held for Luz Maria Montoya 43, & Adrian Gonzales 6, at 7:00 pm Thursday, July 28, 2016 in The Chapel of Broadway Funeral Directors.   Funeral services will be 10:00 am Friday, July 29, 2016 at Broadview Baptist Church with Pastor Angel Lopez officiating.  Burial will follow in the City of Lubbock Cemetery under the direction of Broadway Funeral Directors.  Visitation will begin at 12:00 pm Thursday, in The Chapel.

Maria was born April 1, 1973 in Mexico to Leonardo & Cruz Rodriguez. She went to be with the Lord on July 22, 2016.  She married Victor Montoya September 1, 2006 in Lubbock and was a homemaker who enjoyed going to church & spending her time with family. Some of her pass times included watching game shows & playing games like Candy Crush on her phone.

She is preceded in death by her grandson, Adrian Gonzales.

To order memorial trees or send flowers to the family in memory of Luz Montoya, please visit our flower store.