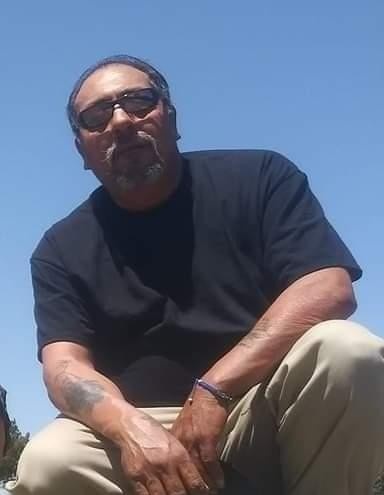 Lupe Garza Jr, 51, was born May 13, 1969 in Slaton to Guadalupe & Luz Garza.  Shortly after getting together with the love of his life Nancy Rivera, Lupe started working in the paving business where he excelled for over thirty years. He believed in hard work and instilled his work ethic to his three boys.  He enjoyed listening to music from conjunto to old rock & roll and all the way around but most of all; he loved spending time with his family.

On the evening of April 10, 2021, Guadalupe Garza Jr. was called from this earth and into the arms of his eternal father.  Those left to cherish his memory are his wife, Nancy Rivera of Lubbock; three sons and their wives, Dustin & Beatrice Garza, Lupe & Marina Garza, Aaron & Jasmine Garza all of Lubbock; his mother, Luz Garza; three brothers and their wives, Pete & Antonia Garza of New Home, Rudy Garza of Austin, Albert & Lisa Garza of Kerrville; three sisters and their husbands, Isabel & Tony Martinez of Georgetown, Eva Castro of Austin, Mary & Danny Duran of Lubbock; eleven grandchildren.

He is preceded in death by his father, Guadalupe Garza Sr. and his brother-in-law, Robby Castro.

Services for Mr. Garza will be 10:00 am Friday, April 16, 2021 at St. Patrick Catholic Church with Father Joseph Thanavelil officiating.  Burial will follow in Peaceful Gardens Memorial Park under the direction of Broadway Funeral Directors. Visitation will be from 1:00 pm to 9:00 pm Thursday, April 15, 2021 in The Chapel of Broadway Funeral Directors with a rosary being held at 7:00 pm.

To order memorial trees or send flowers to the family in memory of Lupe Garza Jr., please visit our flower store.