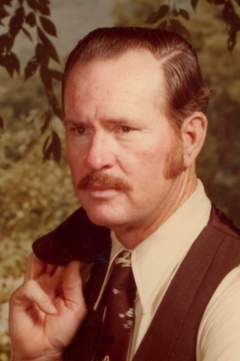 Lester was called from his earthly home to his eternal home on Sunday, February 21, 2016.  He was born July 19, 1930 in Lubbock to the late Julian Horace York and Hazel Eunice Grice York.  Lester had three older sisters, May Dell, Mary and Marie.  When Lester was born, his parents were expecting a fourth girl and they had no name picked out for a boy.  They let an aunt name him and she liked Lester Earl, that’s how he got his name.  His three older sisters doted on Lester and thought he could do no wrong.  Lester graduated from Lubbock High School and joined the United States Navy. He served on battleships during the Korean War.  He married the love of his life, Iva Ruth Lindsey on December 26, 1951.  He was preceded in death by his wife of nearly 60 years on October 11, 2011, as well as by sisters May Dell Hays and Marie Goodwin.  He was a member of Trinity Church and a past member of St. Luke’s Methodist.  He as an active participant and leader in Sunday School and in prayer groups.  He was also active in the Gideons, Prison Ministry, and Toastmasters.  Lester played guitar and sang in country-western bands; in later years they performed weekly for the Lubbock Senior Citizens group.  He was always the song leader at family reunions.  Lester was a lifelong resident of Lubbock and worked hard his entire life to better the community in which he lived.

The family wishes to gratefully acknowledge the wonderful care given by the staff at Accolade Hospice and would especially like to thank, Darla, Wanda, Heather and Sandra Lee.  Memorials in memory of Lester may be given to Accolade Hospice or one’s favorite charity.

To order memorial trees or send flowers to the family in memory of Lester York, please visit our flower store.