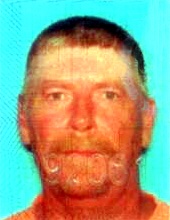 Memorial services for Lester Brown, 54 of Amarillo will be Friday, October 2, 2015 at 10:00a.m. in The Chapel at Broadway Funeral Directors.  Mr. Brown passed away September 25, 2015 in Amarillo.  He was born September 20, 1961 in Lubbock to the late Thurman Brown and Dolores Eixman. He served in the United States Army and owned Lester Brown Plumbing.
He is survived by a son, Lester Brown II of Anson; one daughter, Heather Coomer of Lubbock; two brothers, Rickey Brown of Lubbock and William Brocker of Cypress; five sisters, Vickie Brown of Wichita Falls, Teresa Greenwald of Blanchard, Ok, Cindy Farmer of Dallas, Toni Penkert of Lubbock and Becky Carpentiere of Ft. Worth; three grandchildren
To order memorial trees or send flowers to the family in memory of Lester Brown, please visit our flower store.