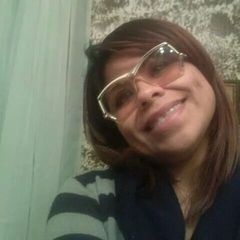 Krystle Lee Rodriguez, 29 of Birmingham, AL., and formerly of Lubbock passed away November 29, 2014 in Birmingham. She was born June 13, 1985 in Gilroy, CA to Margaret Rodriguez. Krystle was a graduate of Monterey High School. She moved to Birmingham in 2013. She had a passion for singing, dancing and making new friendships. She had a good heart, and had a deep love for helping those in need. She was preceded in death by her brother Jacob Lee Rodriguez; and by her grandparents John C. and Flora C. Rodriguez. She is survived by her mother Margaret Rodriguez and her best friend and Father, James Vera, both of Lubbock; three sons Victor Rodriguez (11y/o), Nijole(10 y/o) and Maximus Rodriguez-Cerna (8 y/o) all of Lubbock;  a brother Pacito Rodriguez (Jennifer Ramirez) of Lubbock, a sister Mattie Rodriguez of Lubbock; and cousins Vanessa (Ryan) Silvas, Charlie Silvas, Brody and Micah Silvas and Evan Barboza.

Rosary for Krystle will be said Tuesday at 7:00 p.m. in The Chapel at Broadway Funeral Directors. A funeral mass will be celebrated Wednesday at 10:00 a.m., at St. Patrick Catholic Church in Lubbock with Monsignor James O’Connor officiating. She will be laid to rest in Peaceful Gardens Memorial Park under the direction of Broadway Funeral Directors.

To order memorial trees or send flowers to the family in memory of Krystle Rodriguez, please visit our flower store.