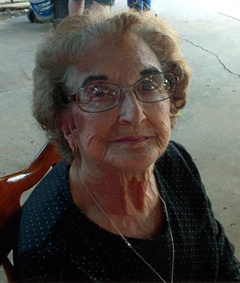 Joyce was born April 20, 1936 in Lamesa to Edmond & Cleone Dean French.  She graduated from Newman Highschool and later received her LVN. She married Johnny C. Blackburn on September 1, 1955 in Sweetwater.  After a small injury, Joyce left her LVN and started working for different emergency call centers the most important being Contact Lubbock where she helped people who had thoughts of suicide. She sat on the Board of Oakwood United Methodist Church and enjoyed playing bridge, reading, watching The Dallas Cowboys, Texas Tech, Texas Rangers and listening to the Texas Tenors & Elvis. She was a loving daughter, sister, wife, mother, grandmother and friend to all.

She is survived by one son, James Blackburn and wife Kellie of Lubbock; one daughter, Carolyn Green and husband David of Lubbock; one grandchild, Monica Gray of Lubbock; two loveable companions, Shadow & Dusty.

She is preceded in death by her husband, Johnny Carrol Blackburn; her sister, Sue Ratcliff.

To order memorial trees or send flowers to the family in memory of Joyce Blackburn, please visit our flower store.