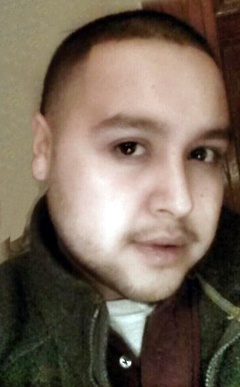 Viewing and visitation for Joshua “Josh” Paredez, 27, of Lubbock will be 6:00 P.M. – 9 P.M.  Thursday, April 27, 2016 with a prayer service at 7p.m. in The Chapel at Broadway Funeral. Arrangements were made under the direction of Broadway Funeral Directors.

Josh passed away on Wednesday, April 19, 2017 in Colorado. He was born on December 6, 1989, in Lubbock to Ricky Paredez and Maria Pacheco Paredez. He was a lifelong resident of Lubbock, graduating from Coronado High School in May of 2008. Josh later went on to receive his certification as a welder from Beck Steel Incorporation. He was an avid Philadelphia Eagles fan and he loved being with his friends and family.  He had a heart of gold and a smile that could brighten anyone’s day.

He is preceded in death by his maternal grandparents, Gloria and Feliciano Pacheco; his paternal grandfather Eligio Paredez Sr.

To order memorial trees or send flowers to the family in memory of Joshua Paredez, please visit our flower store.