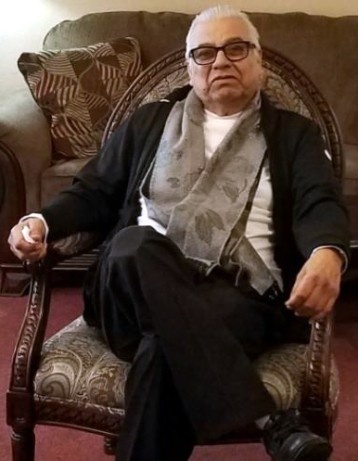 A second rosary will be held 7:00 pm Friday, November 1, 2019 at Goetz Funeral Chapel in Seguin. Funeral Mass will be 10:00 am at Our Lady of Guadalupe Catholic Church with Father David Tonary officiating. Burial will follow in San Geronimo Cemetery under the direction of Goetz Funeral Home.

Jose was born February 28, 1942 in Seguin to the late Jose & Jesusa Rocha.  He married Elizabeth Flores on December 30, 1964 in Lubbock and worked for Woodburn ISD in Woodburn, OR as Head Custodian for over 27 years. After retiring in 1998, He became an Entrepreneur in the Entertainment Industry.  He enjoyed watching many sports like football, baseball & golf but was a big fan of the Dallas Cowboys and the New York Yankees. Above all; He loved spending time with his family and grandchildren having big cookouts any chance they could.

To order memorial trees or send flowers to the family in memory of Jose Rocha, please visit our flower store.

Our Lady of Guadalupe Church-Seguin