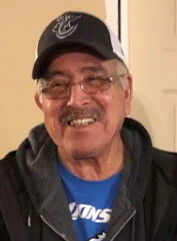 Jose Esquivel, 71, was born February 21, 1950 in Crystal City to Sebastian & Patricia Esquivel. Living in Michigan for a while, Jose became a big Detroit Lions fan and enjoyed watching games with his family.  He also enjoyed watching boxing and had a deep love for life in general making sure to spend as much time as possible with the ones he loved.

He is preceded in death by his parents and a sister, Rosa Olivarez.

To order memorial trees or send flowers to the family in memory of Jose Esquivel, please visit our flower store.