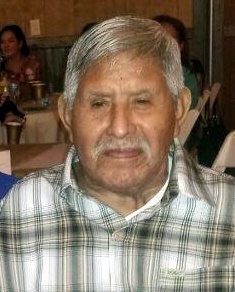 Jose V Beltran, 90, was born August 11, 1930 in Lockhart, TX to Victor & Matilde Beltran.  He married Benita Reyes on March 26, 1949 in Brownfield and worked at Archer Daniels Mills for many years.  Jose believed in keeping in shape and was often found exercising whenever he could, walking for many miles and always working. He enjoyed working on cars, watching Texas Tech Sports and was a big fan of the Dallas Cowboys. Most of all, he loved spending time with his family and many grandchildren.

Services for Mr. Beltran will be 10:00 am Tuesday, October 13, 2020 at Our Lady of Guadalupe Catholic Church with Father Martin Pina officiating.  Burial will follow in the City of Lubbock Cemetery under the direction of Broadway Funeral Directors. Visitation will begin 12:00 pm, Monday October 12, 2020 with a rosary starting at 7:00 pm the same day in The Chapel of Broadway Funeral Directors.

To order memorial trees or send flowers to the family in memory of Jose Beltran, please visit our flower store.