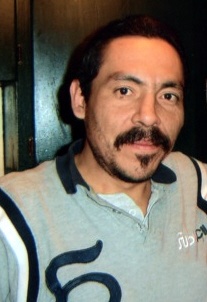 A Memorial Mass for Johnny Jimenez, 50 of Lubbock will be 10 AM, Friday, August 11, 2017, in Our Lady of Guadalupe Catholic Church with Father Martin Pina officiating.  Arrangements are under the direction of Broadway Funeral Directors.  Johnny passed away August 6, 2017 in Lubbock.  He was born July 22, 1967 in Grande Island, NE to Albert Sr. and Aurora Jimenez. He was a lifelong resident of Lubbock and a catholic. He married Yvonne Ruiz in 2016 in Lubbock. He was a forklift operator for Farmer's Coop Compress, and enjoyed fishing, restoring cars, cooking and music.  He especially loved his family and his grandchildren.

To order memorial trees or send flowers to the family in memory of Johnny Jimenez, please visit our flower store.