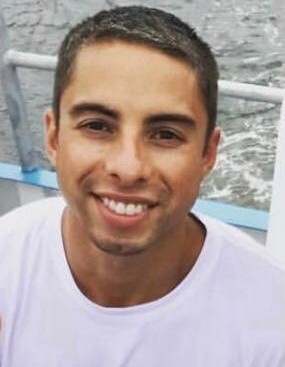 John Michael Smiley was born February 25, 1986, to Michael Wayne Smiley & Beatrice Gutierrez.  He graduated from Monterrey High School in 2004 and worked as an Analyst engineer for Apple more than ten years.  He enjoyed exercising, working on computers, reading, and traveling.  He loved the outdoors and caring for animals was a favorite thing for him to do.  More than anything, John loved spending time with his family. He was a free spirit and enjoyed all that life had to offer

On September 24th, John was tragically taken from his family and thirteen days later, on October 7th, he passed away: much too early by our standards. He is survived by his father, Michael Smiley of Bentonville, AR; his mother, Beatrice Gutierrez and stepfather Sam both of Lubbock; his sister, Jessica Kruger and husband Sam both of Lubbock; his brother, Andrew Gutierrez of Lubbock. John was also an uncle to three beautiful nieces and one handsome nephew; He was also taken away from his grandpa, David Salazar of Lubbock and Grandma, Adele Gutierrez of Albuquerque as well as many uncles, aunts and countless cousins. John touched all our lives in his own way. He will certainly be missed and never forgotten.

He is preceded in death by his maternal grandma, Minnie Salazar, his paternal grandpa, John A Smiley and hi step-grandfather, Samuel Gutierrez.

To order memorial trees or send flowers to the family in memory of John Smiley, please visit our flower store.