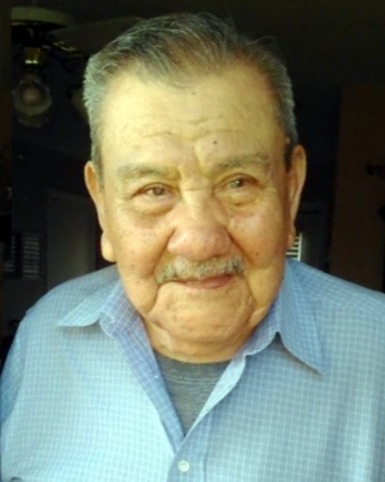 John Lara Bravo, 95, was born March 23, 1927, in Normangee to Manuel & Francis Bravo.  He married Aurelia Flores on October 14, 1949, in Hearne and worked as a welder for most of his life. He was a fan of many sports with baseball being his favorite and enjoyed watching the Texas Rangers, Dallas Cowboys, and WWE.  He seldom missed an episode of Gunsmoke and really enjoyed working on his cars. More than all, John loved spending time with his family and grandchildren. From going to games, speaking with them about God to gambling with the grandkids, the time spent with family was always time he truly cherished.

On January 10, 2023, John Lara Bravo was called from this earth to his eternal home. Those left to cherish his memory are his son and daughter-in-law, John F JR. & Teresa Bravo of TN; two grandchildren, Jason Bravo of NM, Ja’Net Geche of TN; two great grandchildren, Ju’Lea Bravo and John Paul Geche.

He is preceded in death by his wife, Aurelia Bravo and one son, Jesse Bravo.

To order memorial trees or send flowers to the family in memory of John Lara Bravo, please visit our flower store.