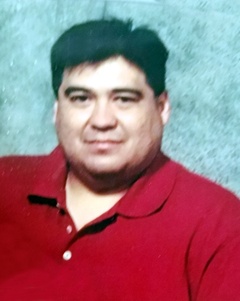 Prayer services for Joe Isaac Torres Jr 57 of Lubbock will be Monday, September 10,2018 at 7 PM at The Broadway Funeral Chapel.

He married Lisa Salazar on June 24, 2000 in Lubbock. He enjoyed all kinds of sports, especially playing golf. He had managed and worked for Kmart for over 38 years. He loved to spend time his nieces and nephews.

He is preceded in death by a sister Yolanda Martinez.

Survivors include his wife Lisa of Lubbock, a sister Rosemary (Nick) Mendez of Lubbock, three brothers Tony (Elisa) Torres, Rudy (Annette) Torres, Bobby Torres all of Lubbock, and a host of nieces and nephews.

To order memorial trees or send flowers to the family in memory of Joe Torres Jr., please visit our flower store.