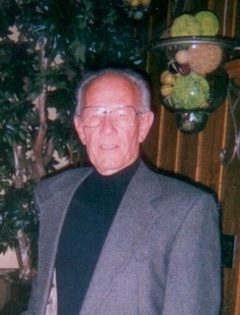 Joe Dean Smith, 85 of Lubbock, passed away February 2, 2015 in Lubbock.  He was born December 8, 1929, in Altus, Oklahoma to the late Rudy and Rose Smith.  He was a lifelong resident of Lubbock.  He graduated from Lubbock High School in 1941.  He received a Bachelor of Business Administration Degree from Texas Tech University in 1957.  He was a member of Phi Delta Theta Fraternity.  He served in the United States Navy earning four battle stars.  He was contractor and owner of Smith Remodeling.  He was preceded in death by his parents; also a sister, Marilyn Burkhart in 2012.  He is survived by a son, Kevin Smith of Lubbock; one brother, Jerry Smith of Alamogordo, NM; and one granddaughter, Ashley Renee Smith of Lubbock.

Memorial Services celebrating the life of Mr. Smith will be held at a later date.  Cremation is under the direction of Broadway Funeral Directors

To order memorial trees or send flowers to the family in memory of Joe Smith, please visit our flower store.

Services to be held at a later date