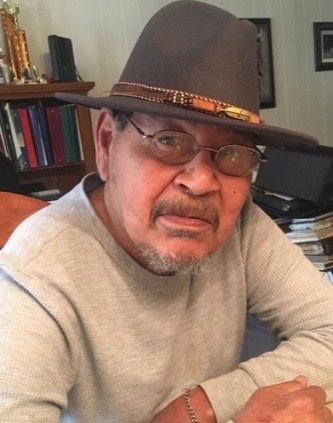 Jose U Sanchez, 63, was born November 3, 1956 in Lubbock.  He married Yolanda Torres on July 17, 1976 in Lubbock and worked for Texas Tech for 20 years before retiring.  He had a passion for old cars as he spent a lot of his time working on them, restoring them, going to car shows, and even watching them race on the drag strip. Watching NASCAR was another favorite past time of his while oldies were always something heard in his shop.  He loved drinking his coffee and spending time with his family and grandchildren were always a priority in his life.

On the morning of July 26, 2020 Joe U Sanchez was called into eternal rest surrounded by his family.  Those left to cherish his memory are his wife, Yolanda Sanchez of Lubbock; two sons, Joey Sanchez, Michael Vincent Sanchez all of Lubbock; a daughter, Monica Sanchez Perez of Lubbock; six grandchildren, Desiree, Dillan, Alicia, Joe Angel, Noah, Jeana; and one great grandchild on the way; also, Sinforoso Sanchez Jr.

He is preceded in death by his father, Sinforoso Sanchez Sr.

To order memorial trees or send flowers to the family in memory of Joe Sanchez, please visit our flower store.