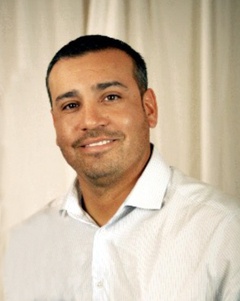 Joe Ray Muñoz, 38, passed away Friday, July 27, 2018 in Rankin County.  Funeral mass for Mr. Muñoz will be 10:00 am Wednesday, August 8, 2018 at Christ the King Cathedral with Father Peter D’Souza officiating. Burial will follow in Peaceful Gardens Memorial Park under the direction of Broadway Funeral Directors.  A rosary will be held 7:00 pm Tuesday, August 7, 2018 in The Chapel of Broadway Funeral Directors.

Joe was born June 3, 1980 in Lubbock to Jose Alfredo & Dalia Muñoz.  He graduated from Coronado Highschool in 1998 and married Marissa Gonzalez on August 2, 2014 in Lubbock. He worked as a supervisor in the oilfields and enjoyed reading, working out, singing and watching the 49’ers.  Joe was a devoted catholic and a 3 rd Degree Knight with the Knights of Columbus. He was a loving husband, amazing father and loved spending time with his family & friends.

To order memorial trees or send flowers to the family in memory of Joe Muñoz, please visit our flower store.