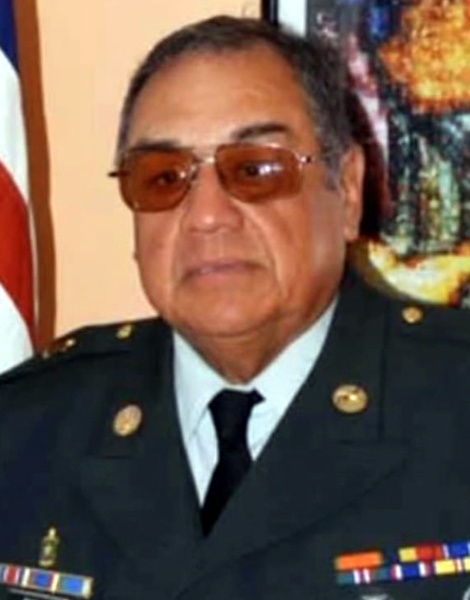 Joe Gomez Davila, born May 24, 1943 went to be with our Lord on March 9, 2021 at the age of 77. He was born to Hilario Davila and Ursula Gamez Davila in San Angelo, TX and grew up in Seagraves, TX. He met his bride Rosy “Rosa” DeLeon in Seagraves, and married her on December 9,1961 in Brownfield, TX, and they soon moved to Lubbock where they made a wonderful life.

Joe spent over 20 years with Great Plains Manufacturing where he worked his way up from laborer to Sales Manager. In the early 1970’s, Joe ventured into radio and began hosting a radio show on Sunday Nights at KCLR in Ralls, TX. He was a longtime radio personality at KWGO FM and KLFB AM, and he went on to launch KXTQ Magic 93, Univision Channel 51 and eventually became part owner of KLFB. He had an amazing “Radio Voice” and was a natural on the air.

Coach Davila began coaching baseball in the Pee Wee League and coached his son Joseph all the way to the Babe Ruth League. His passion was Golf and he and his son spent many weekends out on the golf course. Joe was so passionate about golf that he began a senior golf club, “55 Club,” where senior golfers would be able to play competitive golf.

MSG. Davila served in the Texas State Guard for 18 years, he enjoyed those years and was activated during Hurricane Katrina.

He was a very good salesman and did car and furniture sales for many years. His last employment began as a part time retirement job at the Salvation Army, which quickly turned full time. He enjoyed and believed in the Mission, and he worked as long as his health allowed.

Joe is preceded in death by his parents, his beloved first born Deanna Gloria Lee and brother Sefe Davila.  He is survived by his beloved bride of over 59 years Rosa; son, Joseph and Danielle Davila of Halifax, Canada; daughters, Cyndi and Johnny Rodriguez of San Antonio and Laurie and Michael Young of Salcha, Alaska; grandchildren, Mario Gutierrez, Marissa Rodriguez, Abram Rodriguez, Mikaela Young, Camille Young and Etienne Davila;  brothers Manuel Davila of Seagraves, Johnny Davila of Lubbock, Mingo Davila of Seminole, Larry Davila of San Angelo; sisters, Esperanza Garza of Seagraves, Matilde Davila of San Angelo; sons-in-law, Dwain Lee and Marshal Nelson and many many nieces, nephews that he loved as his own children and grandchildren.

To order memorial trees or send flowers to the family in memory of Joe Davila, please visit our flower store.