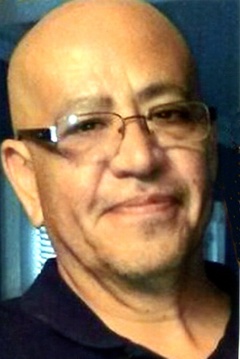 Gilbert was born July 17, 1967 in Abernathy to Jesus “Chuy” and Andrea Ledesma. In March of ’97 he met the love of his life Mary Ann in Lubbock; He was a dedicated employee at Deeco Rubber Company for many years. An outdoors-man at heart he loved barbecuing and cheering on the Texas Tech Red Raiders to victory. Gilbert was the patriarch of his family they will always remember the love he had for them.

He is preceded in death by a brother Jerry Ledesma.

To order memorial trees or send flowers to the family in memory of Jildordo Gilbert Ledesma, please visit our flower store.