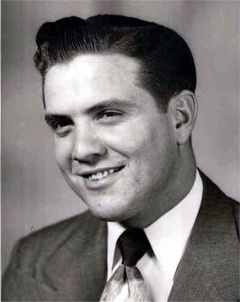 James Thomas Johns, 84 of Greensboro, North Carolina passed away February 11, 2015 in Greensboro. A wake period will begin at 8 a.m. this morning with a chapel service following at 10:00 am both held in The Chapel at Broadway Funeral Directors with Dennis Wayne Johns officiating.  Burial will be in City of Lubbock Cemetery under the direction of Broadway Funeral Directors.

James was born March 31, 1930 in Shallowater, TX to Ogle Blake and Anna Fay Johns. He married Joy Pharr on February 22, 1953 in Lubbock. James had a passion for playing golf, reading and traveling. He loved spending time with his family and was also very intrigued by Civil War History.

He is preceded in death by his parents and three brothers John Henry Johns, Ogle Murrell Johns and Billy Joe Johns.

To order memorial trees or send flowers to the family in memory of James Johns, please visit our flower store.