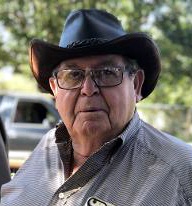 Rosary for Humberto “Beto” Leyva will be 6:00 pm, Tuesday, June 30, 2020 in The Chapel of  Broadway Funeral Directors. Funeral mass will be celebrated 11:00 am, Wednesday, July 1, 2020 at Our Lady of Guadalupe Catholic Church in Slaton with Father Jacob Puthutarambil officiating. Burial will follow in Englewood Cemetery under the direction of The Broadway Funeral Directors.

Humberto passed away, Friday, June 26, 2020 in Lubbock. He was born on June 8, 1943 in Ojinaga, Chihuahua Mexico to the late Bartolo and Carmen Leyva. He married the love of his life, Felicitas Garza on November 22, 1968 in Olton, Texas, she preceded him in death on November 9, 2012. Bert was a 1965 graduate of Olton High School and owned and operated Triple L Yards for many years before retiring. He enjoyed working, fishing, boating and was often seen water skiing just on his feet. He also loved to cook, but his best love was his family, especially his grandchildren. Beto never met a stranger, he would help anyone in need.

Our Lady of Guadalupe Catholic Church will require that everyone wear a mask during all services.

To order memorial trees or send flowers to the family in memory of Humberto Leyva, please visit our flower store.