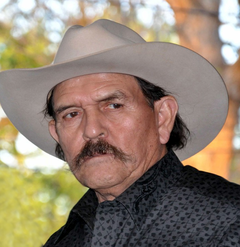 Mr. Rivera passed away Friday, December 2, 2016 in Lubbock. He was born April 27, 1940 in Lubbock to the late Ramona and Gumecindo Rivera. He married Felipa Ramirez on July 16, 1965 in Tahoka and worked as a machine operator for the Santa Fe Rail Road Company. He enjoyed having cookouts, painting, drawing and spending time with his beloved family.

He is preceded in death by his loving parents; brothers Gilbert Rivera, Robert Rivera, Bennie Rivera and Manuel Rivera; A sister Dora Rivera.

To order memorial trees or send flowers to the family in memory of Gumecindo Rivera, please visit our flower store.