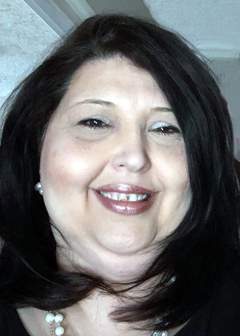 Rosary for Guadalupe "Lupe" Hernandez, 50 of Lubbock will be today at 7PM at The Broadway Funeral Directors Chapel.  Funeral mass will be celebrated on Friday at 10AM at Our Lady of Grace Catholic Church with Father James McCarty officiating.  Burial will be in the Peaceful Gardens Memorial Park under the direction of The Broadway Funeral Directors.

She graduated from Estacado High School in 1985 and received her Bachelor's Degree in Business Science from Texas Tech University. She later received her certification to become a teacher and taught Pre-K at Guadalupe Elementary.  She married Lionel F. Hernandez on March 18, 2015 in Las Vegas and was a lifelong resident of Lubbock.

To order memorial trees or send flowers to the family in memory of Guadalupe Hernandez, please visit our flower store.