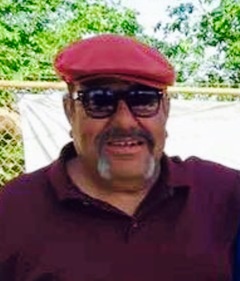 Gilbert Villegas 64, of New Deal entered into eternal peace on Tuesday February 14, 2017 his loving family was at his side.

He was born January 6, 1953 in New Deal, Texas to his late parents Jose (Pepe) Villegas, and Maxine Lopez Villegas. He graduated from New Deal High in 1972 where he played football and was voted Mr. New Deal in 1972.  Gilbert was a lifelong fan of the Dallas Cowboys.

Mr. Villegas was known for his active involvement in community and church, Gilbert served as councilman for the City of New Deal for 4 years, New Deal OLQA men’s club through which he “gloved” the boxers for the Golden Glove Association for 15 years and managed to also serve St. Patrick Catholic church Knights of Columbus organization. Friends and family are invited to pray the Rosary in his memory on Thursday February 16th, at 7:00 pm in the chapel of Broadway Funeral Directors 1901 Broadway Lubbock, Tx. 79401. Funeral Mass will be held on Friday February 17th 2017 at 10:00 am at St. Patrick Catholic church 1602 Cherry Ave with Fr. Joseph Thanabelil officiating.  Burial will follow at the City of Lubbock Cemetery under the direction of Broadway Funeral Directors.   Gilbert will be missed by his son Chris Villegas and wife Corina, daughters Marcie Gonzales and husband Michael, and Patty Sosa and husband Gabriel all of New Deal.  Siblings include: his only brother Johnny “Polkas” Villegas and wife Cecelia,  his sisters Lela Gonzales and husband Joe, of New Deal and Nina Alvarez and husband Mike of San Antonio, he also leaves behind 9 grandchildren.

To order memorial trees or send flowers to the family in memory of Gilbert Villegas, please visit our flower store.